Chairman of the Board

Abdoulaye N’Diaye was until end of 2014 the Secretary General of the European Organization of Civil Aviation Equipment EUROCAE and the General Manager of EUROCAE Communication. In this position is played a major role in the progress of Single European Sky Air Traffic Management Research program deployment and its initial Pilot Common Project as well as a critical role in the European RPAS insertion Roadmap, while transforming the organisation and turning it into a financially sound one and securing its future by initiating strategic partnerships with European Commission Bodies, International Civil Aviation Organization, USA standardisation players, Russian Industries and African 54 states. He has also successfully developed the Training and Engineering activities while maintaining the core Working Group technical contributions at high regime and nearly doubling the Human Resources of the organization.

Abdoulaye N’Diaye was until 2011 the Director of Unmanned Aircraft System (UAS/RPAS) Avionics within the Thales Avionics Division. He was in the same period the Secretary General of Unmanned Vehicle Systems International.

Abdoulaye N’Diaye is the architect of major business development and teaming initiatives with large US corporations on Military Air Mobility and Retrofit Programs, and the capture leader of large projects like US Army Joint Cargo Aircraft JCA and US Air Force Strategic Tanker KC-X/KC-30. 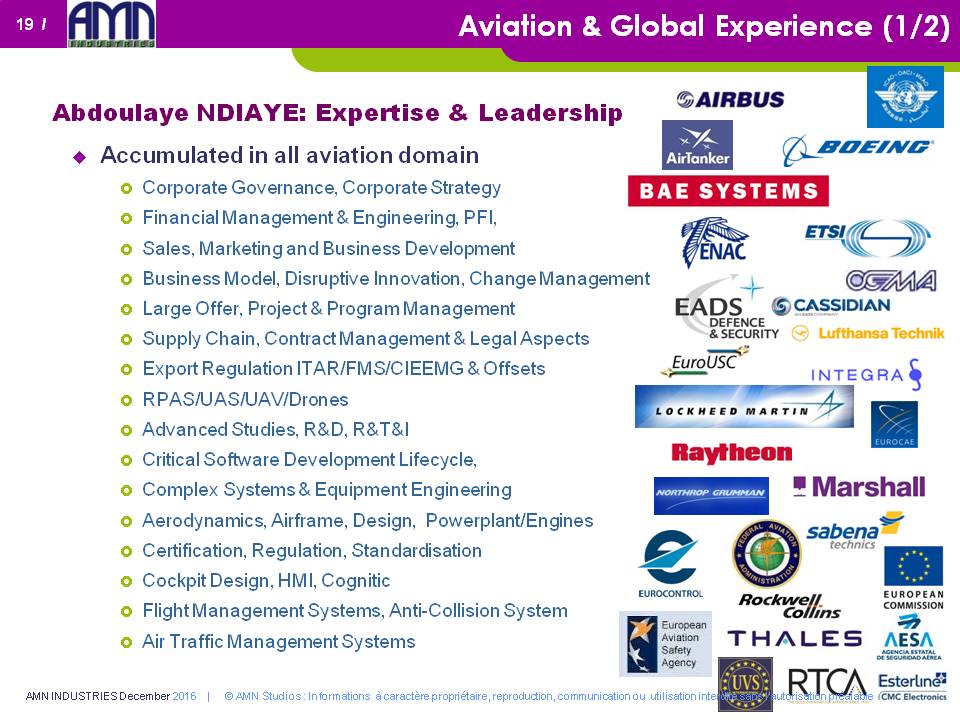 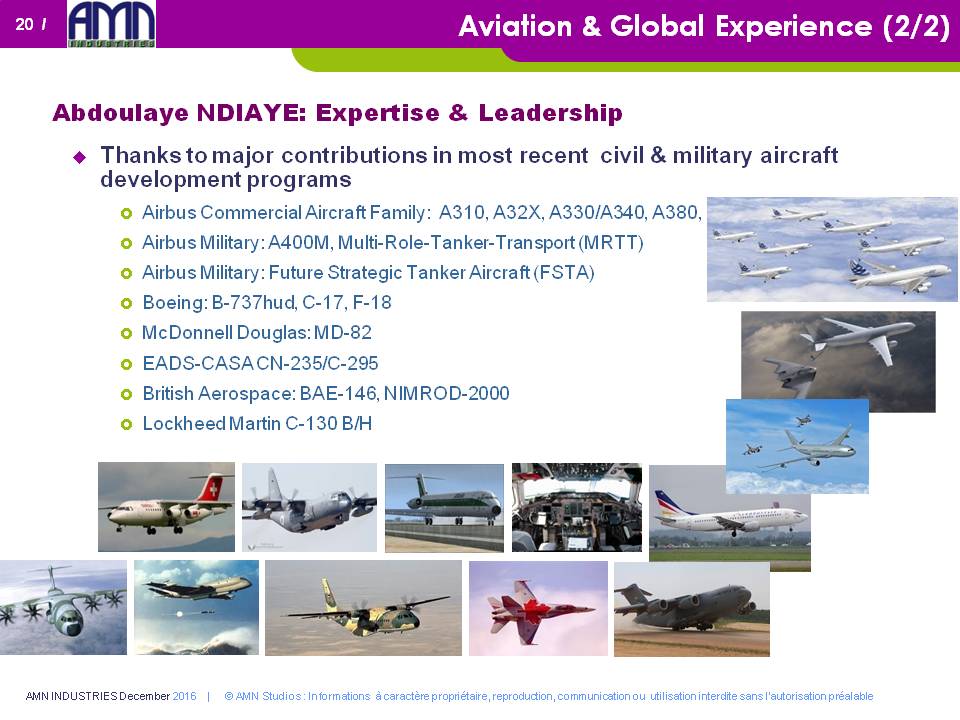 In his different appointments in different countries including France, UK and the USA within the Thales Group, he has participated to some of the major European Aerospace civil programs such as:

as well as military programs such as:

and has developed a sound global network of experts.

Between 1998 and 2001 Mr. Abdoulaye N’Diaye was with Rockwell Collins where he participated to the Corporation Lean Electronics initiative. He played also other roles as Certification Office Manager and Product Line Team Leader, achieving the first world civil certification of an IP Airborne Integrated Network System on Condor A320 and the first LCD glass Display Unit EASA/FAA certification on DHL Airbus A300-600.

Mr Abdoulaye N’Diaye is 50 and is born in Thies (Senegal). He lives now in Bordeaux (France) with his wife Isabelle and their four children. 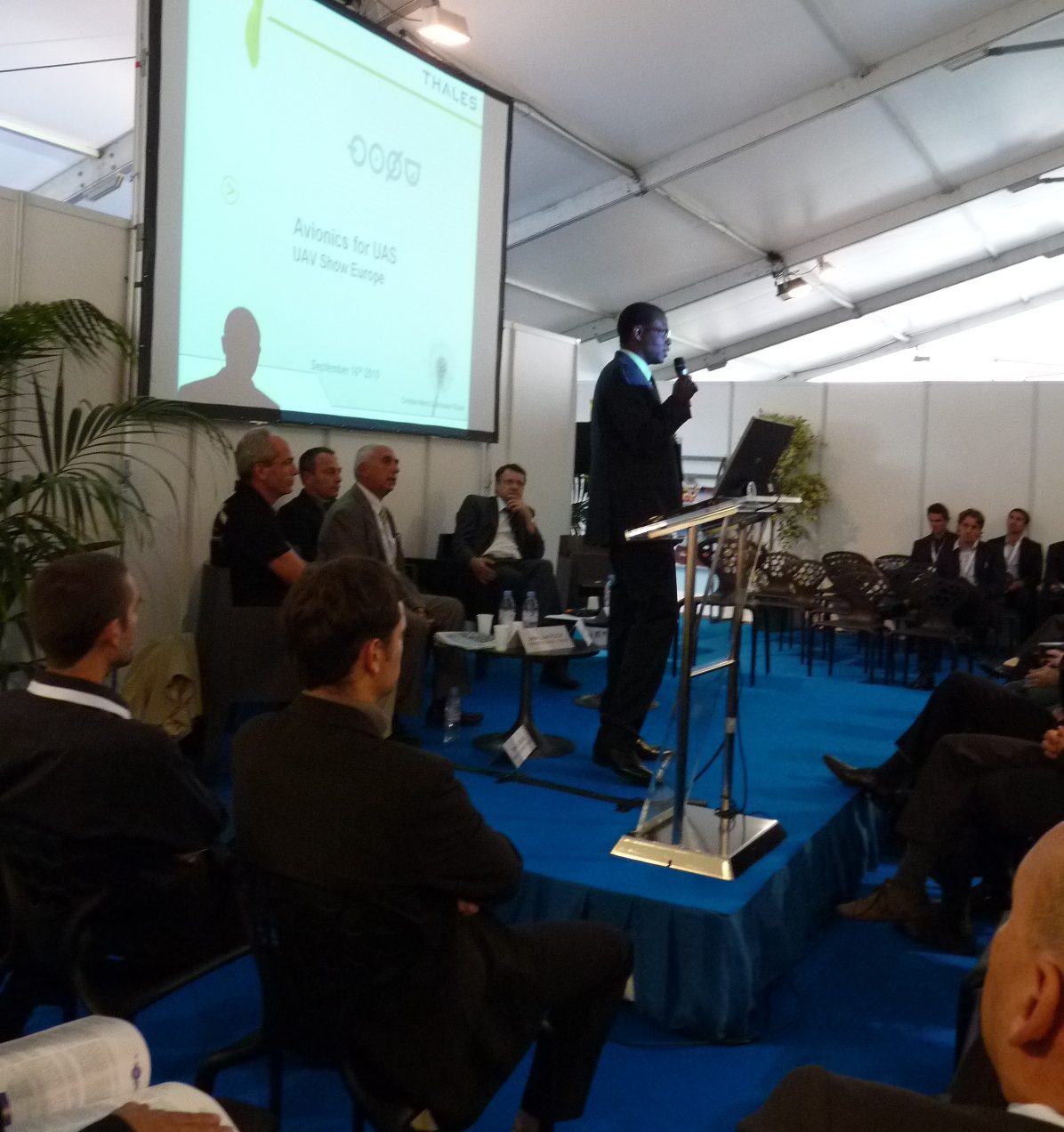 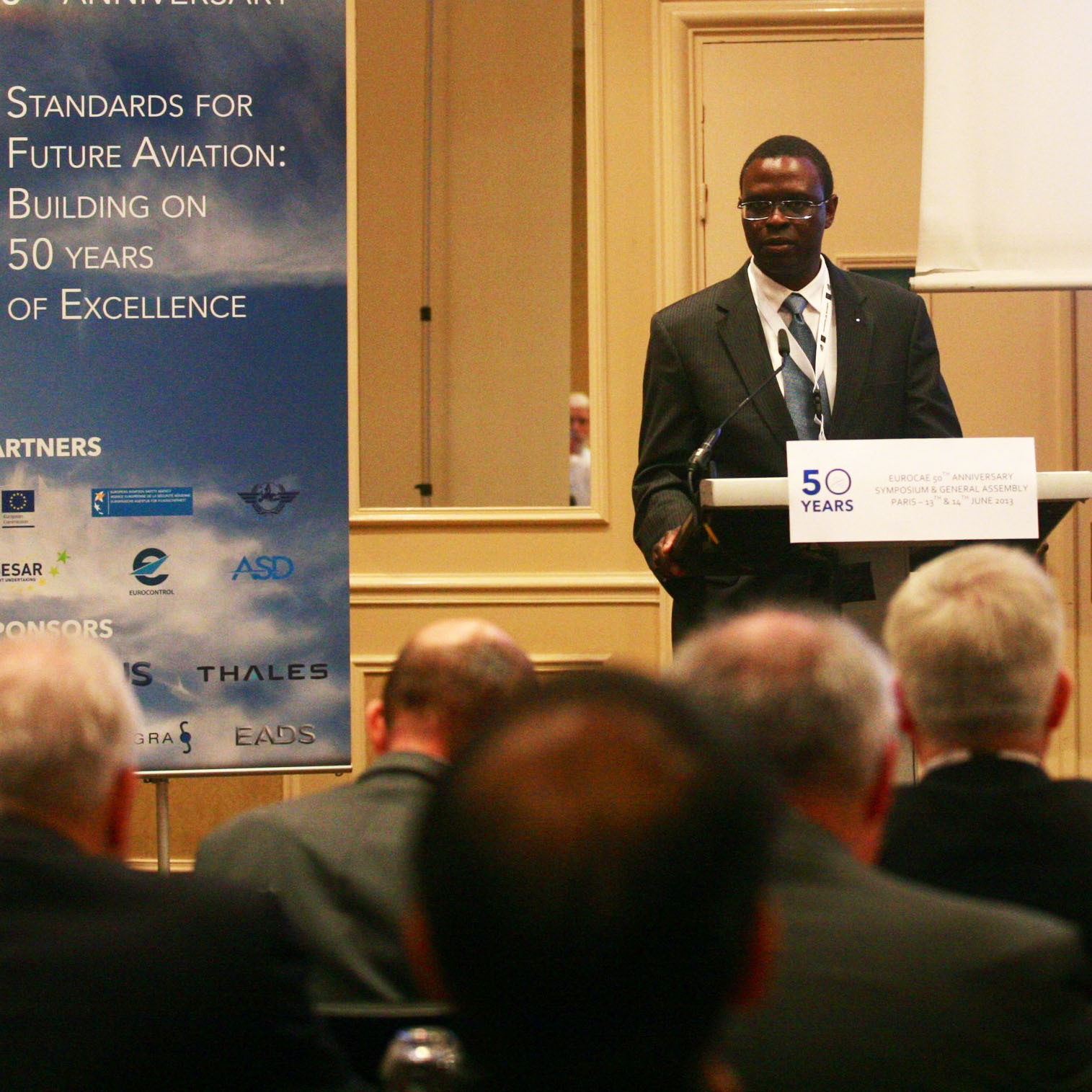 Abdoulaye worked in Thales Avionics UK as one of the early international programme managers to join the UK team after the merger/acquisition of Racal. He brought clear direction and established effective team work to help move customer orientated solutions forward between UK and France.
Paul Kahn

An open mind people with a great and proven experience in the industrial aeronautical sector at European and International level.
Good technical knowledge coupled with high diplomatic and negotiation skills.
Fabio Ruta

A valuable addition to all the organization that he has joined, Abdoulaye is a well learned, very well organized, fast-learning and extremely thorough international business strategist with special skills and expertise in the aerospace segment. His rise through the ranks has been accompanied by demonstration of professionalism and efficiency in his approach to work.

A multi-cultural background facilitates Abdoulaye’s integration into any new environment and in addition, he has excellent social skills which just make it a pleasure to work with.

Absolutely top drawer leader, mentor and a true professional! Abdoulaye simply knows how to lead people–and gets results. A man of honor, integrity, and intelligence.
Truly knows the tools of his trade and is a craftsman in the application of those tools. Does his homework—quietly and professionally, never leaving anything to chance. Is an astute cheer leader for his affiliates, and consummate team player in every respect.
Bruce Georgia

Abdoulaye N’Diaye is a talented and capable professional in the areas of aviation, safety and standards. He has demonstrated his ability to grow an organization. He is a good communicator and a good listener. While he takes his work seriously, he also has a pleasant manner and a sense of humour.
Dewar DONNITHORNE - TAIT

Mr Abdoulaye N’Diaye is a dedicated professional who is consistently hard working and thorough, and is constantly seeking ways to develop both himself, the people around him and the methods and approaches to the task at hand. His leadership and personal commitment in the area of unmanned aircraft systems (UAS), is helping to shape the future for the eventual integration of UAS into non segregated airspace. I have no hesitation in recommending Abdoulaye, it has been a pleasure and privilege to know and work with him.
Jim KOYNE

Abdoulaye has proved himself to be not only a highly experienced professional in the Defense and Aerospace business sector but a true international player. His work has always demonstrated strong team player characteristics and also his highly conscientious style.
Graham Smart

I met Mr Abdoulaye NDIAYE in 1995, within the framework of l’AEROPOSTALE “Head Up Flight Display System” (HFDS) Programme when I was HFDS Programme Manager.
The l’AEROPOSTALE HFDS brought a new concept in low visibility operations in terms of automatic and manual takeover hybrid operations association and certification regulation. It had enabled l’AEROPOSTALE B737-300 fleet low visibility approach and take-off capabilities to be extended from CAT IIIA to CAT IIIB ones.
As HUD Operations Manager of SEXTANT AVIONICS company, Mr Abdoulaye NDIAYE has been in charge, in association with my own department, of delivering operations and navigability documentation (MMEL, AFM, OPS Manual, SDN etc…) and we have been very happy of his job.
Mr Abdoulaye NDIAYE was deeply involved in the HFDS system design and his total knowledge of the HFDS and the B737-300 Aircraft systems have been of great support to me and the maintenance people in our work of integrating this new and innovative system in our airline operations.
Pierre Alba