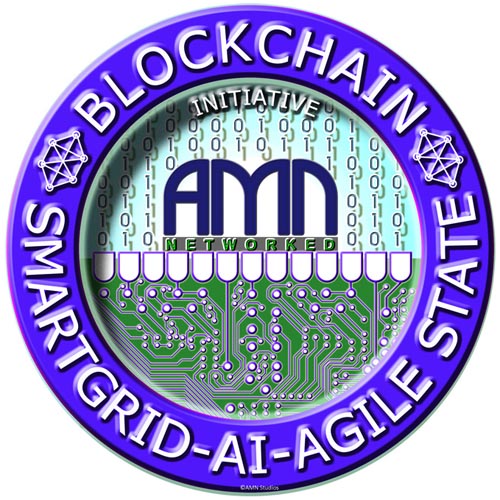 I want to make a parallel with a technology roadmap that is seeminglessly used by everybody today: the Global Navigation Satellite System (GNSS) and used not only in aviation now.

The initial technology was not for civil use as deemed highly military and strategic, (GPS), 40 years ago, like cryptographic keys were not anticipated for currencies but for military communications until Satoshi Nakamoto came with a breakthrough whitepaper 11 years ago.

Thanks to the International Civil Aviation Organization (ICAO) leadership, standardization and regulatory efforts, a capability roadmap that has on its way forward incorporated different augmentations; GBAS->ABAS->SBAS, like in our case Currencies -> Smart contracts -> DOA-> Self Sovereign Identity-> Distributed Autonomous Society, emerged.

The GNSS has gained interoperability, integrating the Russian GLONASS, then the European GALILEO and soon the Chinese BeiDOU standards into what is the universal receiver to be compared with when the different Blockchain platforms will really be able to interconnect themselves or run on different internet standards.

But what is very important to consider is that despite its success, GNSS has not ruled out the other legacy Radio Navigation systems (RNAV), as cars have not ruled out bicycles nor bicycles had ruled out working by foot.

We should not see the cryptos as competing in a winner takes it all against legacy currencies, but deploy them where they fit most. Although promising, the use case is still nascent and there is some specific performance homework to do here. Legacy systems like VISA can process over 20000 transactions per second whereas quick check on Etherscan (dividing the number of transactions in given block by the time elapsed) will put us at around 5 transactions per second, say a maximum of 15 transactions. This, in no way can be scaled for global use, although the capitalization amount as I write this contribution is at $26 Billions. The amount of electricity necessary to mine a single bitcoin averaged from $531 up to $26,170 according to Elite Fixtures what will not help from green transition standpoint and may require another standard for proof of work.

However this current standard is already delivering services and can be deployed:

Instead of focusing on the number of current users – estimated at 35 Millions, we should look the pace of adoption. Is it accelerating or is it stagnating? And I think it is accelerating. Initial Coin Offering (ICO) has for the first time surpassed the Venture Capital in 2017, showing now that it is not only a community of early adopters and geeks and developers, but start-upers and entrepreneurs that are buying into it too. Then will come large organizations and corporations like Facebook for instance to champion it, and then the grand public that will demand the politics to put in place regulation.

Yes we are in an adoption roadmap already, but we still have lot of cooperation and standardization type work to do like in the case of the GNSS to navigate from niches towards global scale deployment.